Tabata training is one of the most popular forms of high-intensity interval training also known as HIIT (i will do a seperate post on HIIT). It consists of eight rounds of ultra-high-intensity exercises in a specific 20-seconds-on, 10-seconds-off interval. It may only take four minutes to complete a Tabata circuit, but those four minutes should push your body to its absolute limit.

The scientists' results concluded that the athletes who performed high-intensity training saw increases in aerobic and anaerobic system capacities; whereas the moderate-intensity group did not improve anaerobic performance. The Tabata training method was formed by modeling workouts after the second group.

HOW TO USE TABATA

Traditionally, Tabata training should be done with just one movement. for example if you choose a movement like squats, thrusters or burpees, you do it at maximum intensity for 20 seconds, then take a 10-second rest, then maximum effort again. Part of what makes Tabata so difficult is performing four minutes of the same movement at such high intensity. If you're not destroyed after those four minutes, you didn't work hard enough.

You can also vary the exercises during a session. It's also popular to increase or decrease rounds and intensity. Although this variation may not technically count as Tabata Protocol, adding or subtracting rounds or changing movements every other round can be useful.

Either way, Tabata burns a lot of calories and provides a killer full-body anaerobic and aerobic workout. Tabata training can also improve athletic performance, improve glucose metabolism, and acts as an excellent catalyst for fat burning when utilized properly. The Excess Post-Exercise Oxygen Consumption (EPOC) effect is off the charts for Tabata Training (more on this in posts to come).

Try adding some Tabata to your training and check out Meretes Tabata class every thursday at 17:00 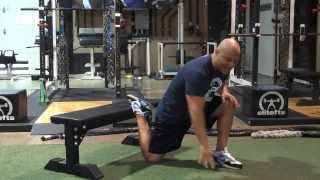 Tips for perfecting your Rowing technique to get the most out of your workouts!

Summer bodies are made in winter!! Part 1 of the 4 Week Bikini Body Program

Avoid unwanted ingredients from packets and use these homemade spice mixes